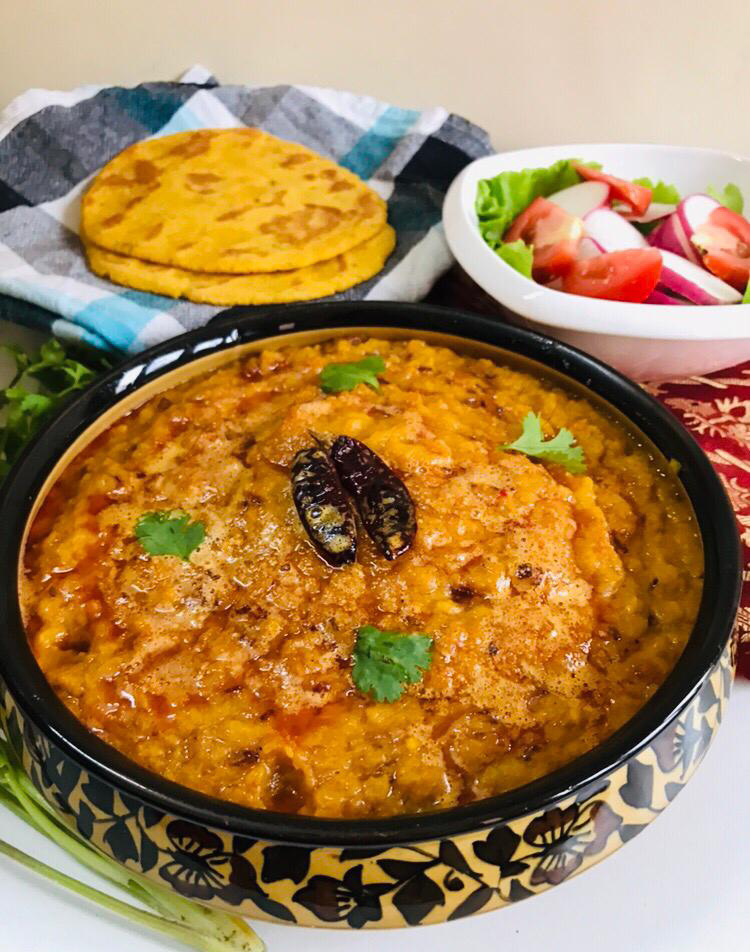 Winter is a season of Saags in North India especially Punjab. There are variety of saag cooked ie. Sarson ka saag, chaulai ka saag Or Shalgam ka saag. With lots of butter and Desi ghee accompanied by bajre Or Makki ki roti, saags rule the winters. In rural Punjab, saag is cooked in batches so there are enough servings ready to be consumed anytime of the day. These saags are very Nutritious as well as delicious.

Shalgam or turnip by the way is the most hated vegetable. I myself despised it till I ate it at a village in Punjab. Believe me now it is the most liked dish in our family. Years after I came to know that turnips  are loaded with fibres and vitamins and are very nutritious . They are also rich in magnesium, copper, iron , potassium, calcium and omega3 fatty acids as well as protein.

Shalgam ka saag is made by boiling turnips with ginger, garlic and tomatoes which are later mashed and tempered with Desi ghee and onions. All saags are loaded with ghee and Shalgam ka saag is no exception. So keep the calorie count for summers and enjoy the delicacies of winters.

Let us get started:

Add makki ka atta only after the saag has cooled down otherwise it will form lumps.

Keep on stirring saag after adding Makki ka atta otherwise it will stick to the bottom of the pan.

Posted by Tripta's Food Tunnel at 7:03 PM No comments: 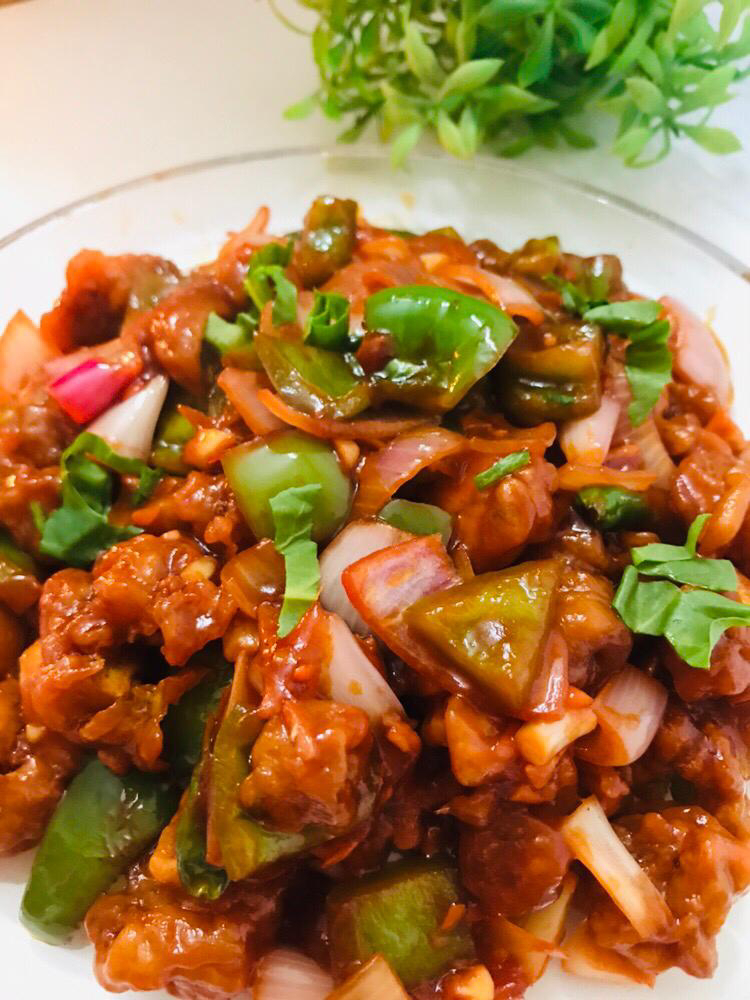 Chilli Garlic Mushroom is cooked just like any other Indo Chinese dish. Button mushrooms are cooked in chilli sauce and served as a starter or along with fried rice and noodles. Button mushrooms are deep fried and tossed with capsicum and onion cut into squares. Since mushrooms are full of moisture they need a firm and crispy coating. I have used corn flour and rice flour to make it firm and crispy from outside. This dish is made dry as well as with gravy. I have taken a middle path. I have made it slightly moist and juicy by coating it with a thick sauce. I have not added the ajino motto but if you desire you can add it.

I suggest using firm and fresh button mushrooms which are full of moisture. As they will then be firm from outside and juicy inside. If you wish you can add more gravy by doubling corn flour slurry and water. Serve them as a snack or accompany them with fried rice and noodles.

Let us get Started:

Tips:
While washing mushrooms don't leave them for too long in water as they will retain too much water.
As there is enough salt in the sauces, there is no need to add salt. If you are making the gravy version only then add a little salt after tasting.
Posted by Tripta's Food Tunnel at 7:37 PM 1 comment:

Email ThisBlogThis!Share to TwitterShare to FacebookShare to Pinterest
Labels: Starter 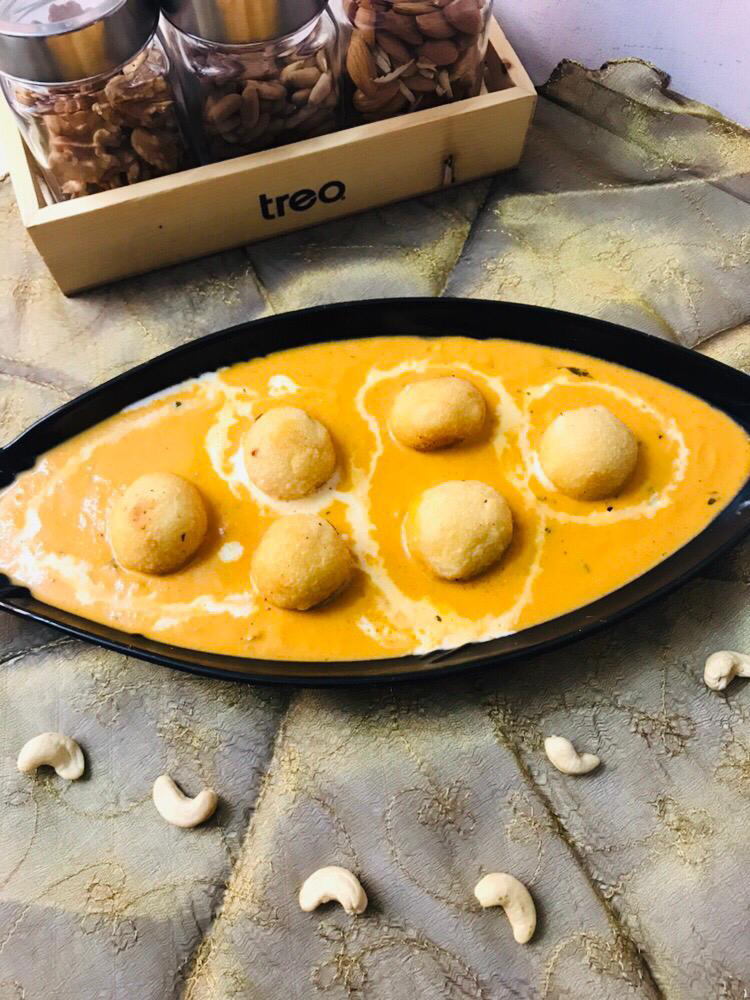 Malai Kofta is a vegetarian dish made on special occasions. There are so many recipes for this lip smacking dish.  But the authentic one is fried cottage cheese dumplings in rich onion, tomato and cashew gravy finished with cream. The cottage cheese is crushed with the palm of a hand till it achieves a creamy smooth texture just like malai. The gravy is also silky smooth. Both koftas and gravy melt in the mouth. The dumplings are fried on a slow flame so that they are cooked well from inside but should not get brown from outside.

Cook this dish on festivals and special occasions and surprise your family and friends. Happy Cooking.

Add cream after Switching off the flame otherwise it will curdle.

The Cottage cheese should be mashed vigorously to achieve a perfect smooth texture of the Koftas.

Don't over Brown the Koftas . They will taste bad and spoil the aesthetics of the dish 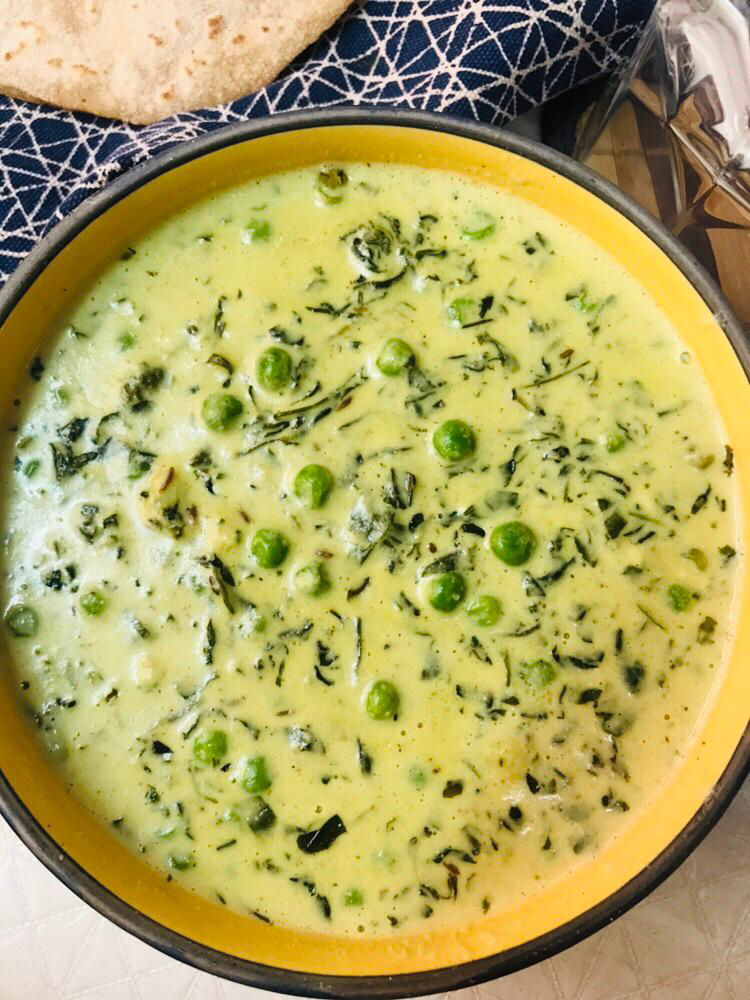 Methi Matar Malai is a much sought after dish in North Indian Restaurants. It is made with fresh methi in the winter season when fenugreek is in abundance. However in summers it is made with dry fenugreek. Both the versions taste good. But since winter has started and fenugreek is in abundance in the vegetable market so today I am making it with fresh fenugreek. The peas also are available fresh and frozen also. If using frozen ones, just microwave them for 2 minutes. But if you are using fresh peas then boil them till tender. As the name suggests it is basically made with three ingredients ie Methi, malai and matar. Malai is made with cashew paste and cream. I am using malai which is cream collected from milk. But the store bought cream is a good option too.

Cook this special North Indian delicacy and enjoy it with Rotis or paranthas.

Use fenugreek leaves only for best results. Discard stems.

Sprinkle kasuri methi when the dish is cooked for extra taste.

You can cook it without turmeric also. Breakfast is the first meal of the day and therefore should be nutritious. It keeps you charged for the day's work. Today's recipe fulfills all the requirements. It has fibre, protein and carbs as well. It is inspired from Mediterranean dish Shakshuka, which is basically poached eggs made in tomato gravy. As the kids don't like vegetables therefore I have incorporated some vegetables as well to make it more nutritious. While cooking shakshuka you make pockets in tomato gravy and break the eggs. But in this dish I have spread the egg whites on top of the vegetables so as to hold the vegetables together. But you can cook it either way. It will taste good. So let's explore a healthy option for breakfast.

You can chop vegetables in a chopper to save on time.

You can also keep your eggs a little raw if you want them juicy.